The Friends of Midhurst Common are a group of local people,whose interest is in preserving and maintaining Midhurst Common for the recreation and enjoyment of the local Community.

SDNPA Rangers helped on the Common in October see photo below: 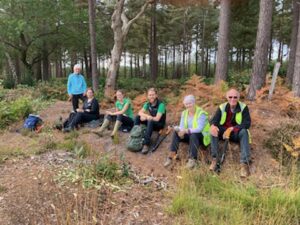 The volunteer Heath Team are always ready to welcome new members who would like to join our small group, working to maintain the regenerated heathland on Midhurst Common.

We meet on the Last Friday of each month at 10am and work until approximately 1pm. Volunteers are not obliged to stay for the whole morning, it is up to the individual. Our task days include clearing birch and pine, clearing scrub, coppicing gorse and dealing with the ever expanding amount of bracken. The undulating terrain dictates that volunteers need to be fairly sure footed.

If you would like to come along on one of our task days to “test the waters”, then please get in touch via the Friends of Midhurst Common email:-

Friendsofmidhurstcommon@yahoo.co.uk (our chairman) or
mcheathteam@yahoo.com which is the Volunteer Heath team

Feel free to contact us, when further details will be sent through to you.

We look forward to hearing from you.

see below our Monthly photos: 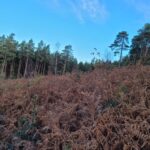 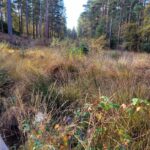 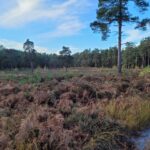 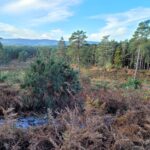 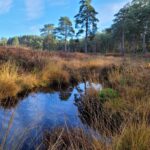 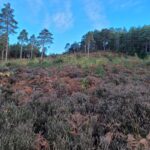 During August I led a couple of guided walks around Midhurst Common as part of the MADhurst activities.  Here is a description of the route:

If you would like to get a group of between 8 and 15 people together, I would be happy to repeat this guided walk for you.  Email me dates and times you would like to do it and I will do my best to fit in with that 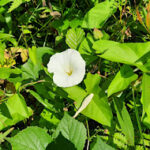 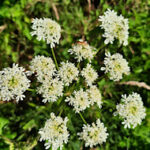 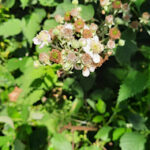 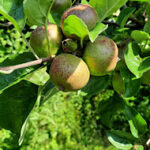 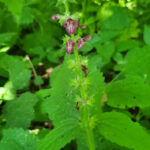 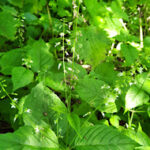 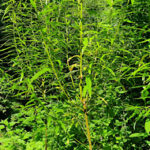 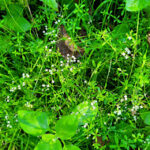 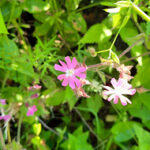 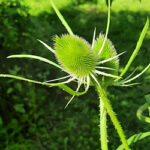 Bog Allotment – Catherine, our local basket making expert has been busy planting new finer willow variants for her use and for pollarding in the future.  She has reported a large crop last year.  Also, she has donated a lot of willow rods from the allotment to two local pre-schools. They, with C’s help are building living shelters with them for the kids.

Murray Marr – he has reported sightings of treecreepers, Marsh Tits and an increased population of Bullfinches this year – he is not sure why.  Any ideas?

Heathland work – we are hoping to resume working parties of up to 6 people from 29 March.  Post-COVID we are looking for new volunteers to work to maintain the heathland and to lead the team when out.  Training would be provided through South Downs National Park representatives.  Send me an email if you would like to discuss your potential involvement further. 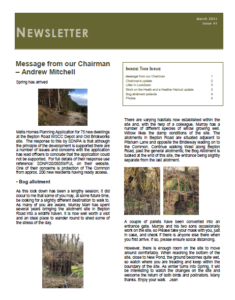 We produce two newsletters each year, a number of our members have been regular contributors to articles to review previous editions click here

Links with other groups:

Midhurst Guide HQ is a hall situated in the town of Midhurst situated in the heart of the south downs. The hall is also situated right on the edge of Midhurst Common with many great paths and routes to take for various woodland adventures. Find out more click here

After the end of the formal business the members were given a talk and slide show by Kate Brickel, founder and co-ordinator of the The Petworth Community Garden. It was a hugely impressive account of a thriving organisation that delivers care, support, companionship and education to the vulnerable, the disadvantaged, the disabled, the young and old.

To fine out more click on the tow links below:

The story of its original formation is as follows:-

How it all began – The Campaign to save Midhurst Common

From December 1970 Midhurst Common became a registered common, under the 1965 Commons Registration Act. 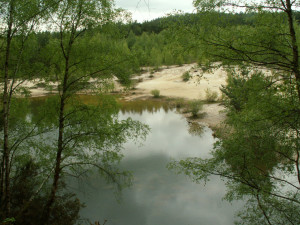 In March of 1986, a development firm named Cranwell Development applied for planning permission to erect 230 houses, plus 8 shops and recreational facilities on the area of the old brickworks and part of the remaining Common (Production at the brickworks began in 1919 and ceased in 1985).

In June 1986 planning permission was refused, but later in the year, Cranwell Development appealed against the decision and a Public Inquiry was arranged. However two weeks before the Inquiry, the developers withdrew from the appeal due to the fact that the land was registered Common Land and they would have lost the appeal.

The saga continued a year later, in June 1987, when the owner of the old brickworks site applied to de-register this area of the common. Again there were many objections and it was decided the case should go to the High Court.

Three years later the case had still not been heard in Court but a similar case was heard elsewhere in May 1990 and the outcome of that case ensured that Midhurst Common remained a registered Common, ‘preserved for the benefit of the public’.

Since those days, life on the Common has remained stable. There have been a lot of improvements in recent years, culminating in the clearance of the trees and rhododendron running down from Sunset Hill revealing once more the glorious view of the Downs.

The trees are managed by the Owners of the Common – Cowdray Estates. The South Downs National Park Authority Rangers, based in Midhurst, help to manage the heathland areas of the Common and they also have the care of Midhurst Common Open Access rights. Curiously, the Rights of Way (footpaths) are now, as from April 2011, managed by West Sussex County County Council.

Our role has now changed in line with the reduced threat to the Common and so our name was changed to ‘Friends of Midhurst Common’. We work with the National Park authority in establishing a Management Plan and there is a regular work day on the last Friday of every month.

New members of the Friends are always welcome and indeed very necessary to help keep the group in a position to influence the best care of this beautiful Common. Joining the monthly work group is an ideal way to learn more about the Common and conservation of heathland in general as well as to meet other like-minded individuals. People are welcome to come for just a short stint or for the whole day.

Other activities undertaken by the ‘Friends’ include a litter clearance twice a year, an annual Spring walk, and of course our AGM in October. A newsletter is also produced twice a year, in which articles are designed to give a general insight into the flora and fauna and to give updates of the management of the Common.

HAVE YOU KNOWN MIDHURST COMMON (West Sussex) IN THE PAST.

We are at present collating the results of surveys undertaken about 20/25 years ago, of people who lived in Midhurst and the surrounding area and had vivid memories of how Midhurst Common looked and was used.

If you have known Midhurst Common in the past, may have lived here but have now moved away, we would be pleased to hear from you. It all helps to record activities, flora and fauna, to see how it used to be, what used to be there and has now gone, or what has recently appeared. The e-mail address is e-mail: friendsofmidhurstcommon@yahoo.co.uk.

This page has the following sub pages.